As ECML PKDD celebrates already its 10th joint organization, it was decided to establish the "ECML PKDD 10 year award" offering a prize to the paper that was published 10 years ago in the proceedings of ECML PKDD and proved to be important in terms of scientific or other impact.

The inaugural award will be given to Peter Turney for his paper:

"Mining the Web for Synonyms: PMI-IR versus LSA on TOEFL"

published in the ECML/PKDD 2001 proceedings.

Mining the Web for Meaning 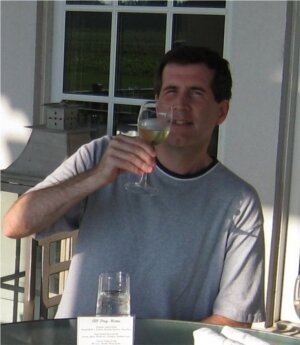 In 2001, ECML PKDD published my paper, Mining the Web for Synonyms. In 2011, they chose this paper for their 10 Year Award for "the paper that was published 10 years ago in the proceedings of ECML PKDD and proved to be important in terms of scientific or other impact". They asked me to speak about my "experience in the 10 years of scientific endeavor" from 2001 to 2011. The 2001 paper was my first publication on a theme that has subsequently dominated my research: How can we use huge amounts of text, gathered from the Web, to figure out what words mean? Briefly, in the last decade, my research has gone from Mining the Web for Synonyms to Mining the Web for Meaning. This area of research is known as Statistical Semantics, Distributional Semantics, or Geometrical Semantics, and it is a topic of several new conferences and workshops (e.g., DISCO, GEMS, IWCS, RELMS). The scope and ambition of the research has expanded from synonyms to antonyms, meronyms, hypernyms, analogies, sentiment, emotion, semantic relations, abstraction, and metaphor. The focus has expanded from words to phrases and sentences. Many in the field believe that Statistical Semantics has the potential to cover all aspects of meaning of natural language. We believe that Statistical Semantics will enable computers to understand human language.